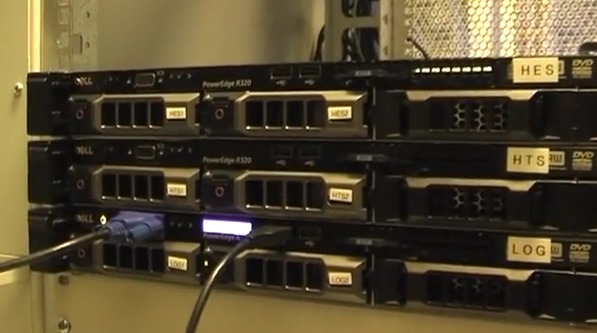 Conclusions
In this work we developed a systematic data analysis method that can be used to assess the state of an ongoing i-voting and to perform post-election analysis.
The log monitoring solution developed has been a useful tool for detecting software bugs and logging deficiencies, which might not have been otherwise detected.

Although the three elections analyzed in this study were different types of elections, we can see that most of the measured values are similar. Furthermore, taking into account all the observations, we can conclude that in KOV2013, EP2014 and RK2015, no large-scale attack against i-voters was carried out.

This Tuesday night the next BMW X5 got stolen from near a home in Laagri, Harju County. Over these past few weeks, three pricey cars have been stolen in Southern Estonia with total value exceeding €100,000. The police suspects an international organised grouping – probably, auto thieves from Latvia or Lithuania.

At end of October, car thieves from Lithuania were apprehended by the police. While investigating their tools, their eyes fell upon a gadget they nicknamed a «bowl». This is a device that amplifies the signal of an electronic car key so as to open the doors of a vehicle hundreds of metres off in the parking lot opens its doors and starts the engine. As you read this story, a bowl like this is being studied by experts in Tartu, Estonia. The devices are obtained on the black market or over the web where at one site above €9,000 is asked for the thing.

Another example. An individual goes home and leaves the car keys close to the door, on a shelf or in coat pocket. «This the crooks know very well. They place the «bowl» i.e. the device seeking the radio signals behind the individual’s front door and the «bowl» finds out the smartkey signal. The smartkey send signals to about a metre and a half,» said Toomas Jervson of Northern police prefecture

Mr Jervson says the solution for dear wheels owners is simple: if you have a smartkey, add an extra immobiliser. It may costs hundreds of euros, though.

What prevents thieves from relaying also the immobiliser’s signal? There are some immobilisers that try to regularly ping the token and cut the engine if the signal is lost. However, because of driving safety reasons this feature is illegal by EU law. At the Poltsamaa Gymnasium school in central Estonia, 17 boys and one girl signed up to study cyber defence and IT safety basics as well as cryptology, mechatronics and 3D modelling. One educator says the courses are an investment in the students’ futures’.

Tiia Mikson, Deputy Headteacher of Poltsamaa Gymnasium: “It is known that Estonia is an ‘e-country’ and there are lots of electronic systems that are in everyday use, but also used by the government and in school. People who can manage, protect and deal with them are needed.”

Artam Kivisild, cyber defence class student: “It is very important right now and it will continue to grow more important. Because society is increasingly based on technology and the Internet.”

In class the students learn drone construction, how to use a 3D printer and internet security basics – all meant to educate a generation more aware of cyber risks in a world ever-more dependent on technology. The education programme was introduced in cooperation with NATO and the Estonian government. After graduating from the class, students receive a certificate from the country’s paramilitary organisation, Defence League. That document is meant to help them in applying for university studies in cyber defence.